Welcome to Hajj Ratings and Reviews, a service provided by IslamCan.com. Our site contains reviews and ratings for Hajj and Umrah travel agents, companies, and groups from around the world. Reviews help you make an informed decision when choosing an agent. If you have already gone for Hajj or Umrah, please contribute by submitting a review to help others make the right decision.

Fraud and all about Lies

FJ Travels and Tours Reviews
Sunday, January 22, 2023
★☆☆☆☆
“ FJ travels staff and the Manager himself have been very rude to a family travelled for Umrah last month from Monteal. The complained if the famuly is under consideration with the agency controlling the Teavelkung Agents in Ontario. Instead, the FJ travels are trying to delete comments against them posted on the Google. ..the should face the comments of customers when they have failed in providing the required services….and rather used abusive language with the traveller. Totally in acceptable.”
– Syed

FJ Travels and Tours Reviews
Tuesday, January 10, 2023
★☆☆☆☆
“ My intention of this post is to inform future Umrah and Hajj travellers about my experience with FJ Travels. We purchased an Umrah package from FJ travels for Dec 26-Jan 4. Dec 26, 2022 – Flight AC336 YEG-YUL was being delayed and would cut it very close to our connecting flight from YUL-DOH. I contacted FJ travel to see what we should do. I received some fluff and no help from them. This gave me an unsettling feeling from FJ. My initial feelings were, this is your problem now. We landed in Montreal at 9:30pm and missed our connecting flight to Doha. I spoke to FJ on the phone, it was the Travel Manager Omar, he was not willing to do anything from his side. I was stranded at YUL, I couldn’t find the Qatar reps, our bags were missing and the travel agent I hired is not willing to help. He said he’ll talk to the owner and get back to me. I ended up re booking my own flights with Qatar for Dec 30. I told FJ about our new schedule and told them to re-book my Makkah hotels since I will miss them and not to mention I will be unable to perform Umrah at the same time as my parents and brother from Toronto. They were note willing to do anything. At this time, I’m thinking what actual value did I get from going with FJ travels? Dec 27-30, 2022 – Waited in Montreal. I connected with Javed (owner of FJ travel) and he started the conversation off by laughing and asking what happened? I was baffled. Are you kidding me? I asked him if he spoke to Omar, he said no. I was even more confused. I explained my situation, and he played it off like he didn’t know anything. I asked him to get the hotels re-booked in Makkah and send me the details. He told me that booking is gone, money is spent, he can’t do anything. He said listen, let’s save your trip by getting you to Madina first, then Makkah. He told me because of this change, ground transportation was going to be private and will cost $850. I paid him via e-transfer. I said, what about the hotels? He said, don’t worry we have until Jan 4 to settle it out. I will call the hotel and plea our case. I told him I don’t want to be stranded in Makkah without a hotel, so just get it done. That was the last conversation I had with FJ before I departed Montreal. So at this point, I’m under the assumption that everything is good. Dec 30, 2022 – Jeddah Airport. Lack of coordination with transportation. We arrived at the airport, expecting someone to meet us, maybe even holding a sign that says FJ. Nothing, nobody. Dec 31st, 2022 – Madina. I texted FJ asking for an updated on our Makkah hotels, I received the following message: “Did you speak to the hotel about your issues and did they provide you alternate dates? In not, you need to do it yourself?” Wow. Really? I’m thinking again, what did I pay you for? I asked him to do it, he came back with different hotels than the Swissotel, and they were even pricier than what I found online. I ended up booking it myself. I sent him a text telling him that i’m disappointed and that I will be writing a google review and filing a formal complaint with TICO and BBB. His reply blew my mind. F words, A words, insinuating that I should not have been born, threatening to take me to court. We are talking about a professional business, a Muslim no less, who sells Umrah and Hajj packages, and this is the customer service I get? Unfortunately, Javed needs some coaching and mentoring on customer service and accountability. Take a deep dive into your life and figure it out. As a Pakistani Muslim business owner, you are our in the public eye. Lead by example. Shameful. You are going to have to deal with angry customers, your job is to help, not gas light. Learn to take constructive criticism and come out of it with an amicable solution. Couple of notes: – Ziyarat tour in Madina was not in English. – Private van from Madina to Makkah was not private. We shared with a group (2 females) who also were not happy with FJ. What a surprise. – We did not have a guide for Umrah. Luckily we prepared well in advance, but still, what did we pay for? – No Ziyarat tour in Makkah. I paid for it, but didn’t get it? – Other FJ tour members were dissatisfied with level of customer service and coordination”
– Imran Shah

How to Add a Review?

Once your review is submitted, it will be reviewed and approved by site admins within 2 days. 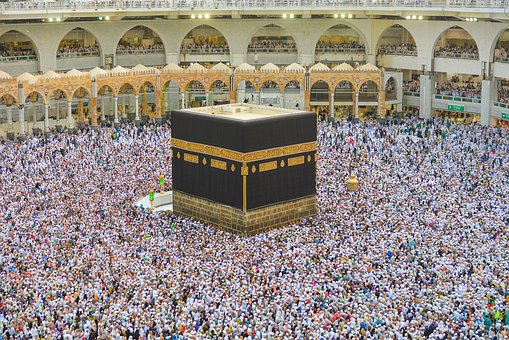 The fifth pillar of Islam is to make a pilgrimage (Hajj) to Makkah, in Saudi Arabia, at least once in one’s lifetime. This pillar is obligatory for every Muslim, male or female, provided that he/she is physically and financially able to do so. Prerequisites for performing the Hajj are to be a Muslim, to be free, to be an adult or mature enough, to be of sound mind, and to have the ability to afford the journey and maintain one’s dependents back home for the duration. The reward for the Hajj is nothing less than Paradise.

The Hajj is the ultimate form of worship, as it involves the spirit of all the other rituals and demands of the believer great sacrifice. On this unique occasion, nearly two million Muslims from all over the globe meet one another in a given year. Regardless of the season, pilgrims wear special clothes (Ihram) – two, very simple, unsewn white garments – which strips away all distinctions of wealth, status, class and culture; all stand together and equal before Allah (God).

The rites of Hajj, which go back to the time of Prophet Abraham who built the Ka’bah, are observed over five or six days, beginning on the eighth day of the last month of the year, named Dhul-Hijjah (pilgrimage). These rites include circumambulating the Ka’bah (Tawwaf), and going between the mountains of Safa and Marwah, as Hajjar (Abraham’s wife) did during her search for water for her son Isma’il. Then the pilgrims stand together on the wide plain of Arafah and join in prayers for God’s forgiveness, in what is often thought of as a preview of the Last Judgment. The pilgrims also cast stones at a stone pillar which represents Satan. The pilgrimage ends with a festival, called ‘Id al-Adha, which is celebrated with prayers, the sacrifice of an animal, and the exchange of greetings and gifts in Muslim communities everywhere.

The duties of the Hajj are symbolic of the story and obligations of Islam. Before prayer, Muslims wash, representing ritual purity. The walk around the Ka’ba — the black stone block in the great mosque—is an expression of our desire to put God at the center of our lives. Pilgrims also make a journey to Mina and to the plain of Arafat, 13 miles outside of Mecca. Making our way on foot, we trade city streets and buildings for tents and carpets on the sand of the barren plain, giving up our usual comforts, getting back to basics. On the plain of Arafat, we perform the central obligation of the pilgrimage, to be here together from noon until sunset. There is no ceremony. We stroll, we pray, we meditate. The Hajj goes on inside the hearts and thoughts of each of us. This is a rehearsal for that Day of Judgment. How will we account for our acts? Have I injured anyone? Have I been grateful enough for the simple gifts of life, water, food, friends, family and the air to breathe? Before leaving Mecca, we visit the Ka’ba one last time. For most of us, this will be our last glimpse of the shrine. There is an old proverb—before you visit Mecca, it beckons you. When you leave it behind, it calls you forever. 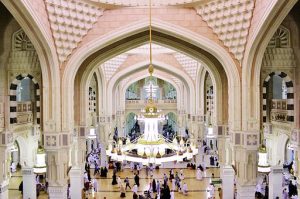 Choosing the right travel agent for Hajj and Umrah is not easy. Each company has its unique style of performing business; some do it exceptionally well while others need improvements. Our comprehensive reviews and ratings of Hajj companies provide user submitted reviews which are based on authentic personal experience. If you are considering going for Hajj or Umrah, consider choosing a top rated company chosen by users like yourself. Please take a moment to share your reviews with others as well.