Skip to content
The Blessed Days of Dhul Hijjah
0.0 rating based on 12,345 ratings
Overall rating: 0 out of 5 based on 0 reviews.
Anonymous

In what follows, we will highlight some of the Sunnah regarding these days, hoping by this to provide an incentive to make the best out of them and gain Allaah’s reward, in shaa’ Allaah.

The First Ten Days of Dhul-Hijjah

“The best days in the world are the Ten days.” [Ibn Hibbaan, al-Bazzaar, authenticated in Saheeh Jaami` us-Sagheer #1133]

All good deeds can be done during these days and the early generations of Muslims used to exert themselves excessively in worshipping Allaah. In particular, fasting and dhikr (mentioning and remembering Allaah) are to be done in plenty on these days.

Ibn `Abbaas commented on the verse <<…and to mention Allaah’s name [plentifully] on Known days>> [22:28] by saying: <…these known days are the ten days [of Dhul Hijjah].> [Tafseer ibn Katheer]

One of the wives of the Prophet, sallallaahu `alayhi wa sallam, said: “Allaah’s Messenger used to fast the (first) nine days of Dhul Hijjah, the day of `Ashooraa’, and three days of each month. [Saheeh Sunan Abee Daawood #2129]

The Day of `Arafah – The Best Day of the Whole Year

The day of `Arafah is the day when the pilgrims stand in worship on the Mountain of `Arafah.

“There is no day on which Allaah `azza wa jall frees people from the Fire as He does no the day of `Arafah. He comes close (to those standing on `Arafah) and then revels before His angels, saying: “What are these people seeking?” [Muslim]

The tenth of Dhul-Hijjah is `Eed ul- Ad-haa or the day of an-Nahr (slaughtering). It marks the conclusion of the major rites of Hajj, and commemorates Allaah’s bounty on His Messenger Ibraaheem, when He gave him a ram to sacrifice as ransom for his son Ismaa`eel, `alayhimassalaam.

On these days, the pilgrims complete their rites, Muslims continue with their `Eed celebrations, and are prohibited to fast. “The days of tashreeq are days of eating, drinking and mentioning Allaah.” [Muslim]

Allaah `azza wa jall mentioned the sacrifice together with the first and foremost worship in Islaam: prayer. This is a clear indication of its great importance. Thus He ordered His Messenger, sallallaahu `alayhi wa sallam, to slaughter sacrifices by saying: <<…Pray unto your Lord and slaughter [your sacrifice]…” [109:2]

Abu Hurayrah reported that the Messenger, sallallaahu `alayhi wa sallam, said: “He who has the capacity, and does not sacrifice, may not approach our musallaa (place of prayer – on the `Eed).” [Ibn Maajah, Ahmad and others, authenticated by Al-Albaanee in Saheeh Sunan Ibn Maajah, #2533]

Regarding this hadeeth, Imaam ash-Shaukaanee said: “Prohibiting the one who could afford to sacrifice, but did not do so, from approaching the musallaa indicates that he must have left off a waajib, as it becomes useless to offer the salaah without this waajib [obligation].” [Nayl ul-Awtaar]

The one who plans to sacrifice (normally, the head of household) is prohibited to cut his hair or nails from the first Dhul Hijjah until he offers the sacrifice. “For the one who has a slaughtering to perform (on `Eed then, once the hilaal (crescent) of Dhul Hijjah is observed, let him not cut any of his hair or nails until he sacrifices.” And in another narration: “Once the ten days start, for those of you who havethe intention to sacrifice, let them not cut any of their hair or nails (until they sacrifice).” [Muslim] This prohibition is the opinion of the majority of the scholars of the early generations of Muslims. 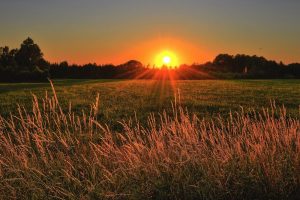 The Blessed Days of Dhul Hijjah

In what follows, we will highlight some of the Sunnah regarding these days, hoping by this to provide an incentive to make the best out of them and gain Allaah’s reward, in shaa’ Allaah. The First Ten Days of Dhul-Hijjah “The best days in the world are the Ten days.” 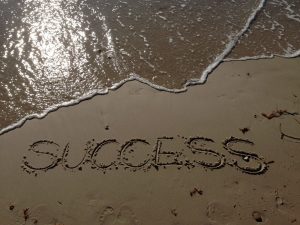 Virtues of 10 Days of Zul Hijjah

It is narrated from Ibn Umar that the Prophet Muhammad (Blessings of Allah and Peace be upon him) said: “There aren’t any days greater, nor any days in which deeds done in them are more beloved to Allah, the Most High, than these ten days (of Zul-Hijjah). So, increase in 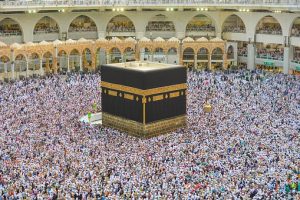 How to Get Our Hajj Accepted

This is an adapted translation of the article from Al Bayan magazine, “Hatta Yakoona Hajjuna Mabroora” by Faysal bin `Ali Al-Ba`dani. Allah subhanahu wa ta`ala has assigned a great reward for Hajj mabroor, as evidenced by the saying of the Messenger, sallallahu `alayhi wa sallam, “…There is no reward for