Every human being will have periods of healthy and sick days during his/her lifetime. As a believer, both of these periods can be turned into rewards by being grateful and patient. Dua is a powerful method through which you can seek cure from Allah. Did you know that the mind has an incredible healing capacity? If a person is given a fake medicine without his/her knowledge, after consumption the body will start to heal just because of the patient’s belief in the treatment. This phenomena is known as the “placebo effect” and it’s part of most pharmaceutical clinical trials. Go ahead, Google it to learn more about this phenomena. So, scientifically, your mind can cure a disease when you have strong faith that the treatment you are taking will work.

There are several beautiful dua from Quran and hadith when someone is sick. By reciting these dua and believing that Allah has kept cure in them, your body will start to heal. However, there is nothing wrong with seeking medical treatments as well, as all these are part of the Sunnah and from the favours of Allah. A lot of visitors have been asking if these duas are effective against protection from the Corona virus. We say that these dua when recited with conviction will protect against many illnesses, including the Corona virus. We do have a post on Corona virus as well. Take precautions against the virus and have trust in Allah for protection against this virus.

Dua When Sick – The Dua of Prophet Ayyub (AS)

The following is the dua of Prophet Ayyub (AS) when he was ill.

“And [mention] Ayyub, when he called to his Lord, “Indeed, adversity has touched me, and you are the Most Merciful of the merciful.” Surah Anbiya 21:83

A Dua for Sickness from Sahih Bukhari

Anas reported that he said to Thabit, “May Allah have mercy on you, shall I give you the talisman of the Messenger of Allah, may Allah bless him and grant him peace?” He said, “Yes.” He said, “O Allah, Lord of people, remover of hardship, heal – for you are the Healer other than whom there is no healer – with a healing that does not leave illness behind.” [al-Bukhari]

An Authentic Dua from Abu Dawud

Narrated Abu Darda: I heard the Apostle of Allah (peace be upon him) say: If any of you is suffering from anything or his brother is suffering, he should say: Our Lord is Allah Who is in the Heaven, holy is Your name, Your command reigns supreme in the heaven and the earth, as Your mercy in the heaven, make Your mercy in the earth; forgive us our sins and our errors; You are the Lord of good men; send down mercy from Your mercy, and remedy from Your remedy on this pain so that it is healed up. [Sunan Abu Dawud, Book 28, Number 3883].

Dua if the Sickness is from Evil Eye or Jealousy

If you fear the sickness is due to an evil eye or jealousy against you, the following dua can be recited:

Meaning: I seek protection for you in the Perfect Words of Allah from every devil and every beast, and from every envious blameworthy eye. Source: Al-Bukhari 4/119

He said: I heard the Messenger of Allah (ﷺ) using these words as a supplication and I like to follow his practice. Source: Sunan Abi Dawud 5090, classed as authentic.

A Dua of Prophet Ibrahim (AS) in Quran

Prophet Ibrahim (AS) used to say:

Ask Allah by His Greatest Names for Cure

Buraydah ibn al-Husayb reported: The Prophet, peace and blessings be upon him, heard a man supplicating, saying, “O Allah, I ask you by my testimony that you are Allah, there is no God but you, the One (Al Ahad), the Eternal Refuge (As Samad), who does not give birth and was not born, and to whom no one is equal,” (112:2-4). The Prophet said, “By him in whose hand is my soul, he has asked Allah by his greatest name, for which he answers when called upon and he gives when asked.” Source: Sunan al-Tirmidhi 3745

Calling upon by Allah’s attributes can increase the impact of dua. One of Allah’s name is Ash-Shafee, The Healer. You can make dua for cure by calling upon Allah using this name.

A report in Sahih Bukhari states that Surah Fatiha can be recited as a treatment for curing illness. Hadith 7.632. 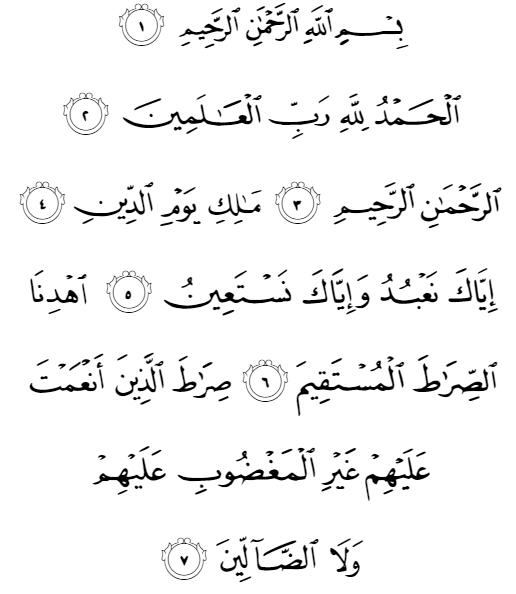 Meaning: In the name of Allah, Most Gracious, Most Merciful. Praise be to Allah, the Cherisher and Sustainer of the worlds; Most Gracious, Most Merciful; Master of the Day of Judgment. You do we worship, and from You we seek help. Show us the straight way. The way of those on whom You have bestowed Thy Grace, those whose (portion) is not wrath, and who go not astray.

Hafiz Sakhawi (rahimahullah) has stated that in an authentic (sahih) Hadith, Rasulullah (sallallahu ‘alayhi wasallam) said that one who recites it before sleeping will be protected by an (Angel) appointed by Allah. (Sahih Bukhari; 5010 and Al-Ajwibat al- Mardiyyhah, vol.2 pg.668)

Meaning: Allah – there is no deity except Him, the Ever-Living, the Sustainer of [all] existence. Neither drowsiness overtakes Him nor sleep. To Him belongs whatever is in the heavens and whatever is on the earth. Who is it that can intercede with Him except by His permission? He knows what is [presently] before them and what will be after them, and they encompass not a thing of His knowledge except for what He wills. His Kursi extends over the heavens and the earth, and their preservation tires Him not. And He is the Most High, the Most Great.

Seeking Help from Allah Through Prayers

Another method of seeking cure against illness is to exercise patience and engaging in salat (prayers). This is a formula given by Allah for pretty much all problems. Allah says:

“And seek help through patience and prayer.” Surah Baqarah 2:45

Dua When a Person is on Death Bed

The following dua an be recited by those who are terminally ill.

Meaning: O Allah, forgive me and have mercy upon me and join me with the highest companions (in Paradise). Source: Al-Bukhari 7/10, Muslim 4/1893.

If you found this page beneficial, please share it with your friends using the share buttons below.