Sleeping is a great blessing from Allah the Almighty. It is a source of rest and rejuvenation for humans and other creatures. No matter how strong or powerful a person may be, he becomes powerless during sleep. Sleep is often compared to death. Here are several dua for sleeping.

O Allah, verily You have created my soul and You shall take its life, to You belongs its life and death. If You should keep my soul alive then protect it, and if You should take its life then forgive it. O Allah, I ask You to grant me good health.’
(Sahih Muslim)

O Allah, protect me from Your punishment on the day Your servants are resurrected. (Abu Dawud)

In Your name O Allah, I live and die. (Bukhari and Muslim) 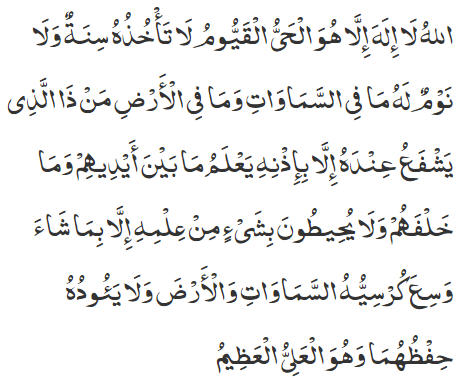 Allah! There is none worthy of worship but He, the Ever Living, the One Who sustains and protects all that exists. Neither slumber nor sleep overtakes Him. To Him belongs whatever is in the heavens and whatever is on the earth. Who is he that can intercede with Him except with His Permission? He knows what happens to them in this world, and what will happen to them in the Hereafter. And they will never compass anything of His Knowledge except that which He wills. His Throne extends over the heavens and the earth, and He feels no fatigue in guarding and preserving them. And He is the Most High, the Most Great. (Surah Al-Baqarah – 2:255)

Dua After Waking Up from Sleep

All praise is for Allah who gave us life after having taken it from us and unto Him is the resurrection. (Bukhari and Muslim)

It is important that we recite these dua and supplications before we go to sleep and after waking up. If you have difficulty memorizing the longer duas, try memorizing the shorter ones and recite them on a daily basis.

We should also teach our children these duas and make them familiar with them from an early age. If you found this page useful, please share using the share buttons below.